European champions Real Madrid have AC Milan midfielder SandroTonali in their sights, but not for a transfer in this summer’s transfer window. Spanish media outlet Fichajes reported that Real Madrid president Florentino Perez is looking for new midfielders to replace Toni Kroos,Casemiro and Luka Modric who are coming to the end of their respective careers. The midfield trio of Luka Modric, Casemiro and Toni Kroos have achieved great success together at Real Madrid over the past decade. They are instrumental to four Champions League wins in seven years. 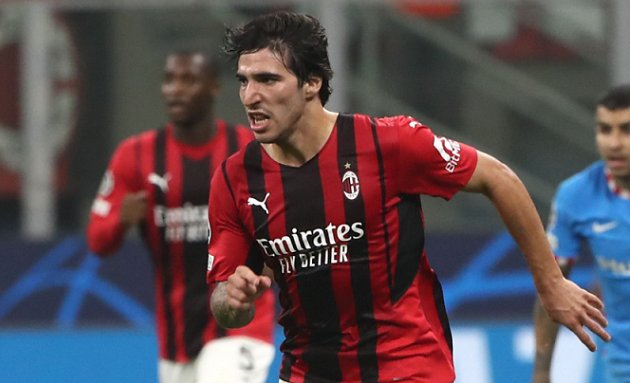 It looks like all the veteran midfielders in the Real Madrid starting XI have  replacements except Luka Modric. Real Madrid made a big statement this summer by signing Frenchman AurelienTchouameni in a deal worth €100m. The reigning Champions League winners beat French champions Paris Saint Germain (PSG) to his signing fromAS Monaco. Tchouameni is seen as a replacement for Brazil international Casemiro.


For German midfielder Toni Kroos, Real Madrid already have a replacement for him in Frenchman Eduardo Camavinga. The young midfielder was signed from Rennes in the French top flightlast summer. Camavinga played his part as Real Madrid won the Champions League this season.

Real Madrid have replacements forKroos and Casemiro leaving Modric as the odd one out. Uruguayan player Federico Valverde is another young player in the Real Madrid midfield, but the Spanish La Ligachampions want a more creative replacement for the Croatian international. The creative replacement for Luka Modric is set to arrive next summer rather than this summer with Modric set to spend one more season at the club after his contract was renewed this summer. He has signed a one-year contract extension to the deal that was scheduled to expire this month.

Milan star Tonali is on the list of possible replacements for Modric at Real Madrid alongside Jude Bellingham of Borussia Dortmund and NicoloBarella of Inter Milan.