David Alaba remained unavailable but Karim Benzema and Vinicius Junior started when Real Madrid faced Real Betis in their last La Liga game of the season. Real Madrid finished off their 2021/22 title-winning La Liga campaign in style when they played hosts to Real Betis at the Santiago Bernabeu on a Friday night to clinch the league title. 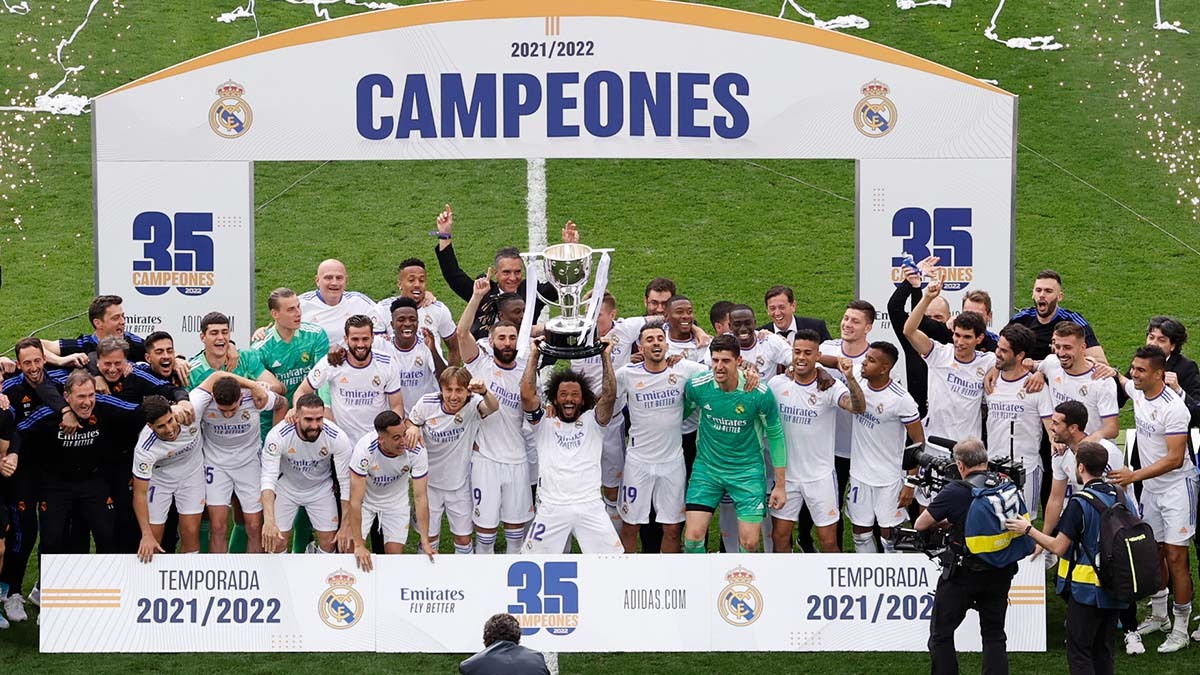 Heading into the game, Real Madrid had been handed a fitness boost as Marcelo has returned to the squad, while Luka Modric became available after serving out a one-match ban. However, David Alaba remained unavailable for Carlo Ancelotti to call upon, while Gareth Bale was a doubt due to fitness concerns.


Ancelotti was expected to field his strongest possible lineup on Friday, as it will be the last time his players will get to play competitive football before the UEFA Champions League final against Liverpool in over a week. Hence, Thibaut Courtois, who was rested at the weekend against Cadiz, returnd to the lineup in goal.

The defence  also bearded a close resemblance to Real Madrid’s best possible backline, with Dani Carvajal, Eder Militao and Ferland Mendy starting. In Alaba’s absence, Nacho Fernandez was set to continue at centre-back. Marcelo was predicted to come on in the second half to bid goodbye to the supporters in his last home match for the club, as his contract expires this summer.

The midfield trifecta of Casemiro, Luka Modric and Toni Kroos took the field at the Santiago Bernabeu on Friday night against Betis as they looked to get into gear for the Champions League final. Eduardo Camavinga and Dani Ceballos were predicted options from the bench. As for the attacking unit, Karim Benzema and Vinicius Junior were back in the squad for the game after being rested in the draw against Cadiz.